Question: It is interesting to see how you come up with your ideas, from something you see or hear, or something you read. But I’m just not that creative. Never have been. Do you think some people are just more creative than other people?

Thanks for the question, and it’s another one that I hear fairly frequently. Mostly from adults. I can’t remember ever being asked that question by anyone under the age of 12 or so. And, I think that is what has helped me find my answer to the question.

Yes. I do believe some people are more creative than other people. BUT…BUT…I also believe that is a “choice” rather than something in our genes. There are a lot of definitions of “creativity”, but as I have been writing about it in my blog, I think of “creativity” as the ability to observe the world and make connections between things that may not normally be connected. It’s kind of like whoever it was that took a Labrador Retriever and Poodle, and ended up with a Labradoodle.  Only, think of it more like taking a Labrador and an Elm Tree…or a watermelon and a tin can…really thinking about connections that you wouldn’t normally put in the same sentence. Or the same story. It’s true that you spend a lot of time thinking about things that never seem to connect, which some people would call “wasting” time. But…but…it is amazing how many times the things that will not connect today, end up connecting a month or year from now. Nothing is ever wasted.

In my view, anyone can be creative. The “secret” (since we all seem to like the idea of a secret), is to keep putting “stuff” in your head that expands the possibility of your unconscious mind to connect. For me, I start out most every morning sitting down with my coffee and my iPad and begin my “stuff” collecting. I have bookmarks for five or six online newspapers, three or four news collection sites, and another dozen or so sites that I check on each morning. I only stop and “read” if I find something that really grabs me. My goal is to “scan” everything, looking for those phrases or ideas that stand out as being “different” from the rest. I might bookmark that piece, or just make a quick entry in One Note with a word or two. I’m not “thinking” about how I might use that piece, I’m just pointing out to my mind, “Hey, this is kind of interesting, or weird,” and then keep scanning.

There is one very important guideline. The sites I look at each morning come from a wide range of places and opinions. I have one or two British news sites (those folks put things in the papers that we don’t), from four or five other countries, from three or four states, and sources from big cities and little-bitty places. I scan sites you might call “Liberal”, some that you might call “Conservative”, some you might call “WHAT IN THE WORLD?”, and some you wouldn’t call anything and would probably never even admit you had looked at. I have bookmarks for several “official” and “unofficial” government sites, and those groups with varying opinions about our government. It’s the Labrador and Poodle thing, the more diverse the “stuff” you add to your collection, the more opportunities your mind has for creating new and interesting connections.

For example, my most recent Emily Graham novel, Disbelief, grew out of a page I found on some declassified CIA documents about the rumors of the risk of North Korea zapping us with an atomic EMP, an article I found about a politician with some “unique” ideas about our government and some “unique” connections with some of those groups who don’t care for our government, an article about what is like to live in a little-bitty town the West, and an article by a VooDoo Priestess explaining how to use a love charm. I’m sure you can see the connections from here. I was not looking for those specific things, and when I found them I didn’t immediately think, “I know how I can use that!”, but I just saw them, made a note, and then as I wrote Disbelief my mind just kind of pulled them out and handed them to me as it created the story. I am usually as surprised as anyone else about it when it happens.

The only time I might consciously look for something specific, or scan specific things, is when I am wanting to get to know one of my characters better. For example, as I wrote Distraction, I spent more time scanning sites and talking with people related to “hacking”. I got to know more about how my character really understood the world, and I learned things and met a lot of people that I would not have otherwise. And, I probably got myself on another one of those lists they keep of people searching for nasty stuff online (Hi, Agent Whatever Your Name Is!)

The great news is that, in my view, anyone can become creative or more creative. It is more of a choice than a given. If you choose to “scan” more, more often, more diversely, more “stuff”, the odds will go up that you’ll begin to discover more connections between things others don’t connect. Plus, you end up with lots of wild little things you can throw into a conversation and make people look at you really strangely.

To me, creativity is a choice.

I do want to end with a warning, however. The more connections you begin to discover, the more “possibilities” you will begin to  imagine as well, and the more “What if’s” you will hear yourself asking. I’ve found that the human mind asks most of those “What if” questions between the hours of 2 and 4 in the morning. 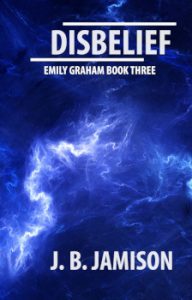 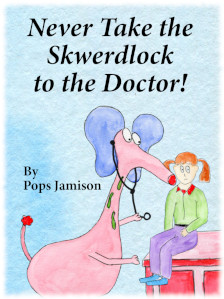